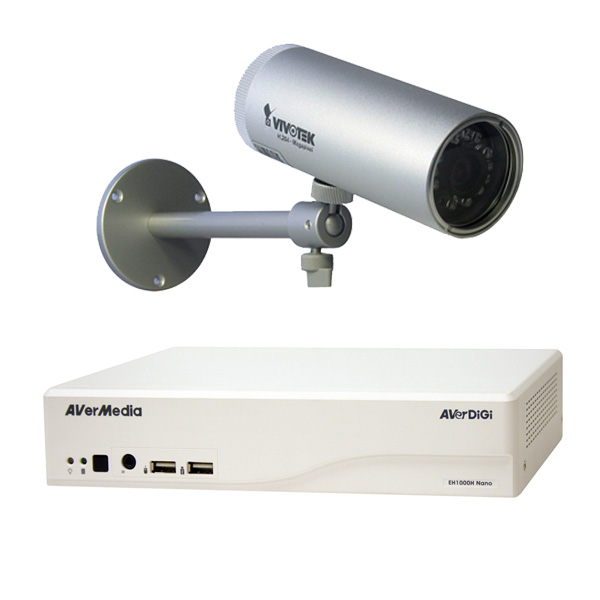 Someone helpfully mentioned this in my other thread. Here is the specs:. It employs full hybrid capabilities such as intelligent streaming, advanced live alarm mechanisms, POS integration, and remote software integration. Najo operation, low maintenance, and full capabilities makes the EHH-4 Nano perfect for deployment in small to mid-sized installations, including retail stores and small offices.

I looked at every setting and all are set properly to allow access, but I cant get the screen to show in the browser. I can ping eh1008h4 IP address so the laptop does “see” it. I can email them tomorrow for support but thought I’d ask here too. Make sure you typed the name correctly, and then try again. Remote Console does not allow you to configure the dvr.

Note that some setup functions will be greyed out as it doesn’t give access to every setup feature – many eh1008y-4 to be configured on the dvr itself. This is one of main issues with the Nano. However, I still like the dvr very much and have installed quite a few of them. OK thanks for the info, yeah the unit is in a remote location so this is an issue. But I’ll try to work with it.

Nothing called “iSetup” exists. When I go to Web Tools folder and run the setup there it says already installed. There is no program group on start menu but the desktop has a “DVR Remote Console” icon and that runds the remote console whoch does not allow any configuration.

So thanks for that tip! I set the first two cameras to “Full D1” and the second eh1008h-4 to Half D1. Thats probably overkill due to my cameras but cam2 and 4 at least are and lines TVL. I noticed that Full D1 is x and half is x Is the lower number the number of horizontal lines? Also, I turned on deinterlacing level 2, not sure if thats beneficial.

Anyway, can someone recommend analog camera that can take full advantage of “Full D1” recording? Also, this unit can use up to a 2. I have one of these units and need your help. It is operating fine, but I can’t seem to log in remotely – not using port 80 for html yes, I tried selecting administrator using right clickcan’t access it using portall I get are errors.

I haven’t tried updating the firmware – unfortunately I only have access to this on the weekend, so will try it coming up – but would appreciate any help you can give, especially on the port numbers I need to register for port replicating. Authentication is my user name also tried host name and I’ve tried every port I seen referenced 25,,,53,80,, Keep getting the same response when I try to test the mail settings “Test Fail”.

I’ve set all of the above ports port forwarded on the router Netgear WNR Still no E-mail alarm.

Probably something simple but I’m pulling my hair out here. Tried all of the ports you suggest. Would appreciate any tips. Zippo – no response from the DVR. I’ll give my feedback on it. There really isn’t many advanced features that you have. You can set it up and get everything working, but don’t expect advanced options at this price point. There are no options to change that. My old cheap analog DVR could go to x, so this is a disappointment for me. Most if not all monitors you can buy today are wide screen It seems you can do D1 at 15fps only on two at once. A shame, again, since my old DVR could do full D1 with all 4 cameras at 30 fps.

There is imatrix, isetup, remote console, etc etc, and they all look similar. You figure it out and it’s not too hard but at first it was annoying.

They should have just put everything under one application instead of having multiple separate apps. That is extremely annoying because when you view the camera one at a time, you see the full camera image. I have emailed tech support about this but so far we are at the stage where they ask stuff like “Did you reboot the DVR, did you re-load the firmware?

This may be a show stopper for me as my old DVR didn’t do this and it’s annoying not seeing the full image in 4 camera view.

In addition, the software constantly asks you for your password – when you start it which is finebut any time you go into setup, and even when you exit the software.

Over time this gets really frustrating and there is no option to adjust that, especially when you are right on the DVR only using a mouse and the on screen keyboard. This could be a pro or a con depending on how you look at it, but the remote software viewing via web browser or their software app on windows does not affect what the preview monitor displays. So they are separate – if you change the view on your windows PC the preview monitor output won’t change.

This is different from my old DVR – if I changed the camera layout on the PC it would also change on the preview monitor.

I personally liked that, but I also like how it’s separate on this DVR. The “remote” view even if you are on the same network at home uses the secondary streams from the cameras, which are lower quality. I’d like the capability to view the primary camera stream on my computer on the same LANeven if I had to disable the preview from VGA. I don’t know of any DVR that does this, though, at least at the consumer level.

Overall this DVR works, but it’s a budget hybrid DVR and you won’t get advanced functionality or tweaking from it, it has fairly annoying software quirks and poor out of the box mobile app support although as I mentioned ip cam viewer works with it. I’ll continue talking to their tech support about the cropping issue, and I have yet to hook up a megapixel IP camera – I have two of these babies on order so we’ll see how this DVR performs with P IP cameras. It will be interesting to see how this DVR scales down a P ip camera image on the preview VGA out and if it crops it at all, and how this will look with a mix of analog and IP cameras in a 4 camera view.

I would probably still recommend this DVR – if you need a Hybrid solution and don’t have alot of cash. If you can live with the annoying “features” or lack thereof, dated software x only?! I must remind you, however, that I have yet to hook up megapixel IP cameras so I can’t comment on how well it works with those But, yeah, being able to change the resolution would be nice.

The individual adjustment per channel is a nice feature though. Those are the individual components. I like it, personally. For some clients I’ll install Remote Console, iSetup and the playback software. Being able to enlarge channels would be nice to have, especially on a tablet. I also use IP Cam Viewer for the ability to enlarge the video.

The software is designed for multiple resolutions: Anno would like to software to support ej1008h-4 as well though. Password prompting can be viewed both as a pro or con. I think it’s silly to ask for a password all the time though. For some things, absolutely. But, for other things I agree, it can be annoying. When viewing from a PC the stream is high quality, however FPS is limited due to the remote upload bandwidth.

Need to right click on the video to change the setting. I’ve have some running for close to 2 years now and have been very satisfied with them. Actually ordering a couple more today. The install went fairly smoothly apart from the clunky Aver software which appears to be written in the dark age and I have to agree with DarrenHD regarding the screen resolution and the multiple modules.

I have used the app for about a year now to view my ip cams and I am a big fan. The latest update now lists the specific model number and despite selecting it the app refuses to connect. Can anyone suggest a solution? You need to be a member in order to leave a comment. Sign e1008h-4 for a new account in our community.