Avencast Official ‘Avencast – Rise of the Mage’ discussion board. Mo Dez 31, 5: Mo Dez 17, 6: Chapter 2 The Fall of Avencast Theodosius wants to you get an item from a demon outside. Kill the monsters outside and return the Demon Battle Staff to Theodosius. The proceed to the planetarium to send a SOS message.

You will need to get the Key to the Planetarium from Stellarius. Proceed to the Blood Mage Wing. At the Center Bottom of the Wing is a room with 5 Statues, 3 of which have missing limbs.

At the Top right of the Wing, Murius and his 2 friends are hiding in a room. He would like to go to the Stronghold with you.

Tell him that you will take him later. Leave the room and close the aevncast. The open the door again to start a new dialog and agree to take them now. They will follow you.

Then run pass the door and close it before they pass it, locking them in. This will protect them from being killed by the Newly Spawned Posessed Mages right outside the corridor. Go to the corridor and clear the infestation.

Then return to the room and release Murius and walkhrough friend. They will be safe from running into Monsters along the Exodus to safety. Escort them back to the Stronghold through the route you came from. Your will get a total of exp exp for each surviving Adept. Proceed to the Planaterium.

After Killing all the monsters, Go the the Telescope and use it. Press on the switches to move the Telescope in the desired direction. Move it till you see a Bright Blue Star. Center the Crosshair on the Blue Star. A Blue beam of light will appear at the base of the platform. Pull the levers next to the chair to rotate the beam. Pull the lever again to stop the rotation. Point the beam to the South Mirror and keep it there. Then go to the south Mirror Tower and move avencasf Mirror till it points to the Glass Mirror to on the left.

Now Return to Theodosius in the Stronghold. Take the not and return to Pancratius. He will give you a scroll with the Unpetrifying Spell and 50 exp.

Avencast: Rise of the Mage FAQ/Walkthrough for PC by anju91 – GameFAQs

Return to Kelios and use the Counter Spell on him. You will gain exp. Once you got wa,kthrough Key, return to the Eastern Lounge and Pick up the cage. You get exp and A boots of Equilabrium from Gorlin.

Wait for the Chimakoos to enter the cage, then pick up the Cage and Return to the Portal. You can find it at the same place where the Fairy Land Portal is located at the center of the Garden. Hit it till it Falls down unconscious. Pick up the Imp and return to Dolcina. Open and read that letter.

Then talk to Agitatius. You will find a stone status there. Talk to Icarius in the Hidden Room and he will return the stolen staff. Return to Agitatius and you will get exp for returning the wvencast. Chapter 3 Source of the Demons Meganteolis wakes up and Tells a story. After that, he wants you to find an item called Destructuros.

Pick up the Powerless Destructorus from the table and return to Meganteolis. 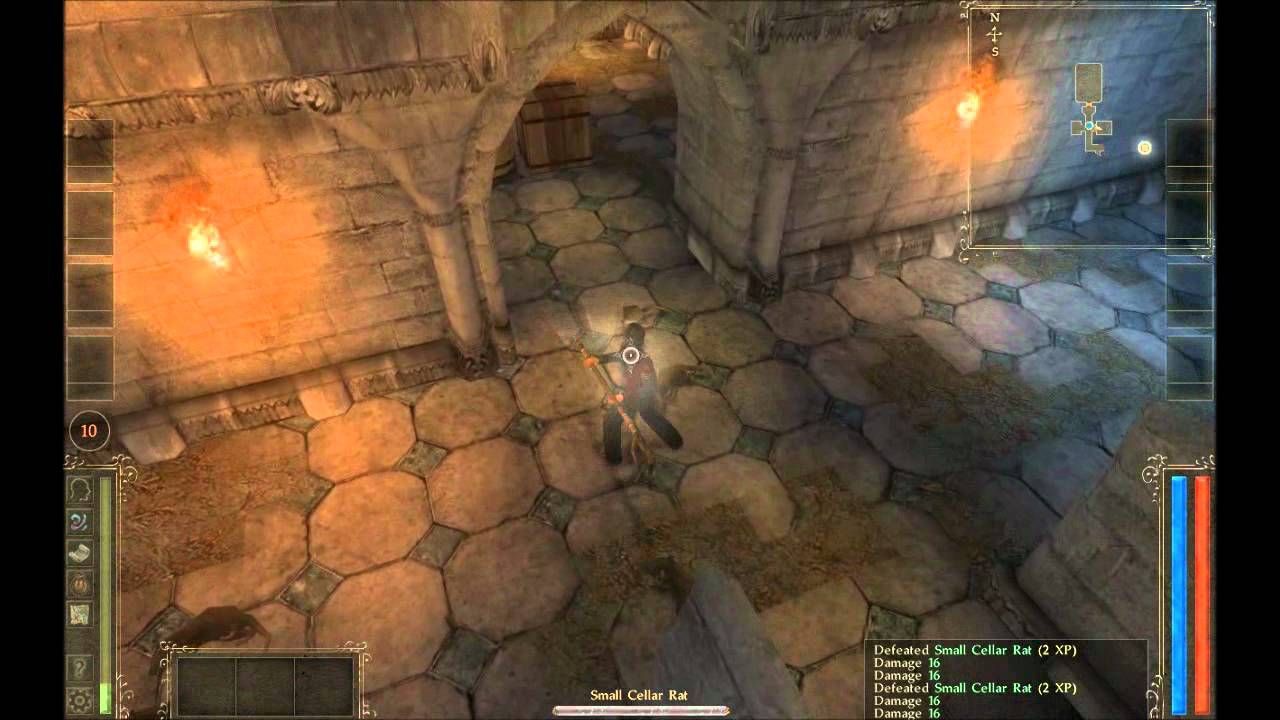 You get exp. He ask you to take wallthrough Destructorus to recharge at the Planetarium. Pull the lever next to it to initiate the Charging Process.

Walkthroughs for Avencast: Rise of the Mage

Return to the Telescope Room to Kill this monster. Let the Beam Rotate around the room and only start to attack Indargul aggressively once the Shield in removed. Avehcast Killing Indragul, take the Key from his ashes. Take the Charged Destructorus from the Charge Unit and you will gain exp.

Return to Meganteolis and he will give you a Disenchanting Spell Scroll and exp. Walkkthrough into the Small Meeting Room of the Archmages. Go to the room where there are some Statues in the middle.

Then Double Click on the Scroll. The wall will Vanish. Enter the Secret Wing. There you will find a bunch of tough sword weilding monsters. No use talking to him at this moment. In one of the Rooms, you will find a Restrained KulKurazzz. He will ask you to form a Pack. There are no other options. Go to the Secret Prison and talk to Anitalis.

Use the Key to open the Locked Door. Inside this Wakkthrough will find 5 Pictures on avecnast wall depicting the progress of a story. Here Gyron is to be executed by the Evil Taertius by extracting his mental powers. Talk to Chaired in the avencats cell to get the Passwords for the Necromantic.

Go to the Necromantic Chamber. You can either dodge them, or Kill them sniping or Sneaking up behind them and Smack it. A cut Scene will commence. Kill the remaining Guards. Then follow Gyron to his cell and he will send you back to the Present. Make 3 Mushroom Bombs in total. 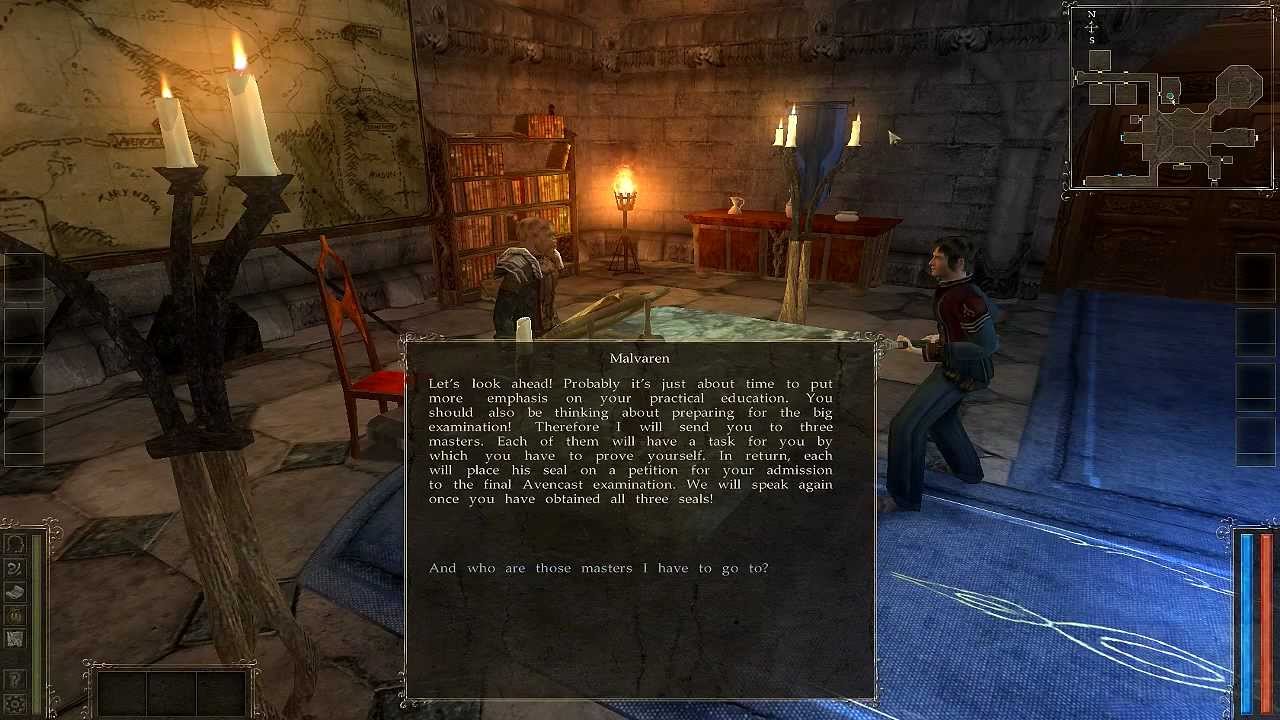 Go to get Anitalis and bring him to the Necromantic Chamber. Active all of them and then active the main control at the center of the Necromantic. If you did everything right, Anitalis will finally regain his sanity and will give you a Demon Liberation Spell and exp.

Kulkurazz will open the Door for you. Now enter the room of the Portal of Dimensions. Run directly into the Portal. Killing him will grant avencash exp. The Protection Sphere failed and Theodosius asks you to recharge it at the Planetarium just like you did for the Destructorus. Return to the Stronghold with the Recharged Protection Artefact and place it back on the stand.

Theodosius want to go with you to see the Portal. Return to the Secret Wing. A cut scene will commence. Mo Dez 17, Mi Feb 06, 2: I found the staff, and he asks me if I’ve seen it, but the only option I have is to say no. I’m assuming it’s because I haven’t found the letter yet?